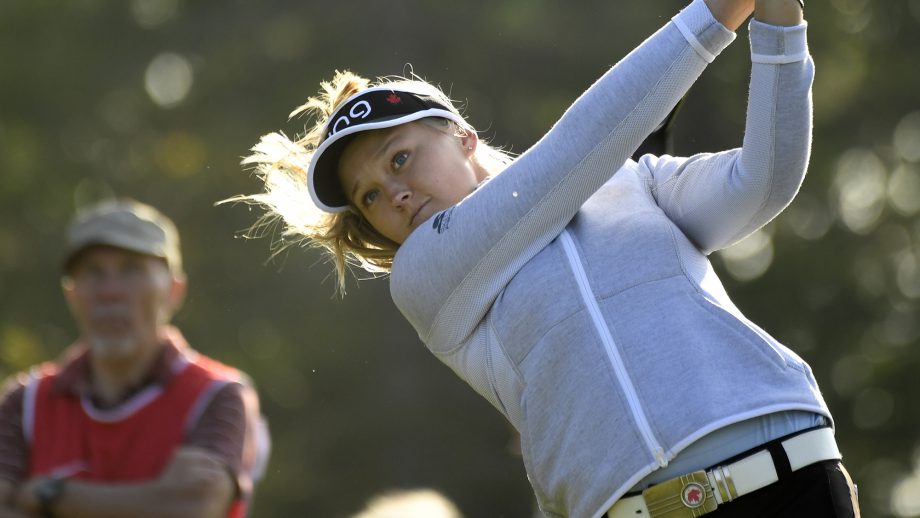 REGINA – England’s Georgia Hall can relate to the pressure that Canadian golfers may be feeling at the CP Women’s Open.

Hall won the Women’s British Open earlier this month at Royal Lytham to become the first British player to win the tournament since 2009. She didn’t think about any added tension during her breakout performance and instead focused on the excitement at hand.

“Just enjoy being at home and enjoy having your family and friends come and watch,” Hall said Wednesday. “That’s what I did. Don’t really worry about the outcome. Four days is a lot of golf. So just enjoy it and see what happens.”

Brooke Henderson of Smiths Falls, Ont., headlines the list of 16 Canadians in the field this week at the Wascana Country Club. The world No. 14 has one victory and eight top-10 finishes this season.

Jocelyne Bourassa was the last Canadian to win this tournament, taking the 1973 title in Montreal.

“That’s a long time,” Henderson said. “Yeah, (there’s) a little bit (of pressure). I would love to win this tournament. I don’t know if that’s this year. Hopefully before my career is over.”

Henderson finished in a tie for 12th last year in Ottawa. She has an afternoon tee time for Thursday’s opening round with new world No. 1 Sung Hyun Park of South Korea and Sweden’s Anna Nordqvist.

“It’s kind of like the sixth major for me on the LPGA Tour,” Henderson said. “It’s very meaningful, very important to me, especially being a CP ambassador and playing here in my home country.”

Vancouver teenager Tiffany Kong is playing on an exemption and Saskatoon native Bobbi Brandon earned a spot with a top-four finish in Monday’s qualifier.

“It’s about time that one of us wins it and it’d be awesome to do it this week,” Sharp said. “(I) just want to have a chance at it going into the weekend.”

“You can use that if you leverage it correctly,” he said. “I often say, ‘You can sit at the edge of a cliff and you can look down and be scared or you can look out and enjoy the view.’

“I think it’s that perspective. It’s got to be where, ‘These people are rooting for me. I can use that energy.”’

Second-ranked Ariya Jutanugarn of Thailand, China’s Shanshan Feng and Americans Morgan Pressel and Paula Creamer are some of the other big names in the field.

The wind was howling on a warm, sunny afternoon for Wednesday’s pro-am championship. Similar conditions are expected for the first two rounds but rain is in the forecast for the weekend.

There are opportunities to go low on the 6,675-yard course. It’s a flat track with long, narrow fairways, thick rough and fast greens.

Players who are long off the tee – like Henderson – could give themselves opportunities as the course often rewards aggressive play.

This will be Hall’s first tournament since her first major title – and first victory – on Tour. The rookie will play in a group with three-time CP Women’s Open champion Lydia Ko of New Zealand and American Lexi Thompson.

Notes: There won’t be a domestic television broadcast or simulcast this year as all four rounds will air on The Golf Channel. LPGA commissioner Mike Whan said both he and Golf Canada CEO Laurence Applebaum would like to rectify broadcast plans either next year or by 2020. … The 2019 CP Women’s Open will be held at the Magna Golf Club in Aurora, Ont.