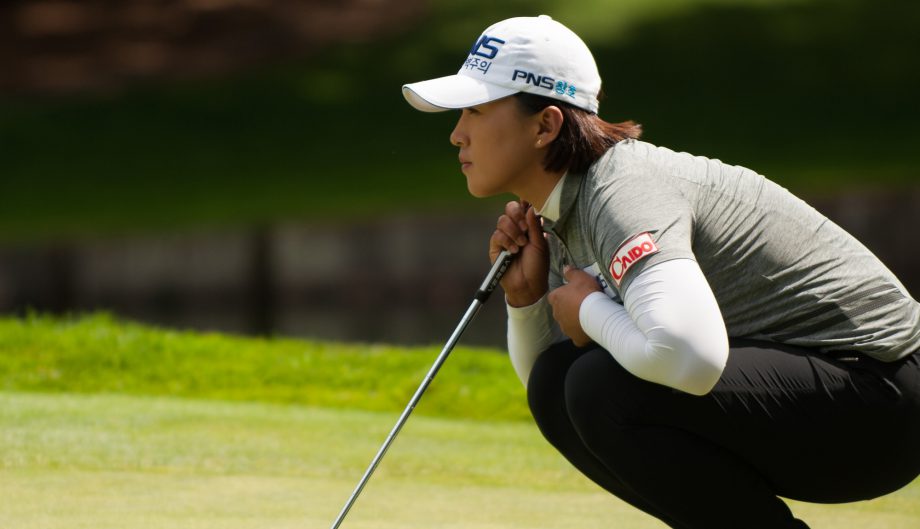 CHONBURI, Thailand – Amy Yang of South Korea had 10 birdies and an eagle in 31 holes on Saturday after round three of LPGA Thailand was suspended due to bad light.

With five holes left, 17-under Yang had a four-shot advantage over 2011 US Women’s Open champion Ryu So Yeon, whose completed third-round 68 gave her the clubhouse lead of 13-under 203.

The tournament was already behind schedule after rain and unplayable course conditions saw the unfinished second round postponed to Saturday at the Siam Country Club Pattaya Old Course.

The 2015 champion and 11th-ranked Yang was among five players to start their second round in the morning, including second-ranked Ariya Jutanugarn.

Yang shot six birdies and a bogey for a second-round 67 and overall 11-under 133, heading into the third round with a one-shot lead over Jutanugarn (68) and Chinese Shanshan Feng (67).

In less than an hour, Yang went back for the third round and had two birdies _ and an eagle on the seventh _ for 15 under after eight holes. Play was stopped again due to lightning for more than an hour and Yang sank more birdies on Nos. 10 and 11 on resumption before bad light forced suspension.

Jutanugarn is 10 under overall with five holes to complete. Feng is also 10 under with four holes left from the third round.

Brooke Henderson of Smiths Falls, Ont., was tied for 44th place at even par. She was 1 under on her day with three holes left to play when play was suspended.