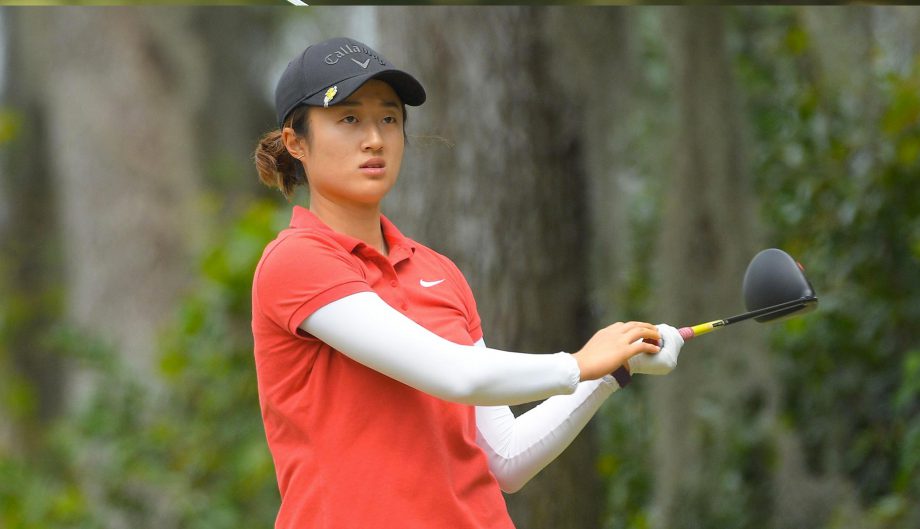 Round one of the Symetra Tour Championship resumed Friday at 2 p.m. in Daytona Beach, Fla., and was suspended at 6:46 p.m. due to darkness. The morning wave finished first-round play on Friday, with the afternoon groups still to complete the first round. No. 8 on the Volvik Race for the Card Yu Liu had a stretch of five birdies from holes 15-1 and holds the unofficial lead on Friday at 5-under par.

“Since this is our last tournament of the season, and I haven’t secured my card yet, I’m really excited and pumped to go. I think anything can happen,” Liu said on Friday evening.

The first-round of the Symetra Tour Championship will resume on Saturday, Oct. 7 at 9:00 a.m.

The Symetra Tour Championship has been shortened to a 54-hole tournament with a Monday finish due to significant rain and saturated course conditions at LPGA International.

While still recovering from the effects of Hurricane Irma, LPGA International received 2 1/2 inches of rain on Thursday, to total more than 6 1/2 inches of rain in the past week. Rain is also forecasted for the Daytona Beach area through the weekend and into early next week.

“Our staff is working tirelessly alongside the LPGA International crew to make the course playable,” said Mike Nichols, Chief Business Officer of the Symetra Tour. “We want to ensure we have a fair, competitive tournament to determine our final champion of the year, as well as the 10 players who graduate to the LPGA next season.”

The cut will be made after 36 holes with the top 60 players and ties advancing to the final round. The final two hours of play will be broadcast on Facebook Live, with specific timing to be announced.

The top 10 on the Volvik Race for the Card money list at the conclusion of the Symetra Tour Championship will earn LPGA Tour membership for the 2018 season. The top 23 on the current money list have a mathematical chance to earn their LPGA card this week. There are five players – No. 1 Benyapa Niphatsophon, No. 2 Celine Boutier, No. 3 Hannah Green, No. 4 Nanna Koerstz Madsen, No. 5 Erynne Lee – who have already secured their Tour cards. There are five spots up for grabs.

Six of the current top 10 players in the Volvik Race for the Card sit inside the top-6 on the leaderboard at the end of play on Friday, including the top three players.