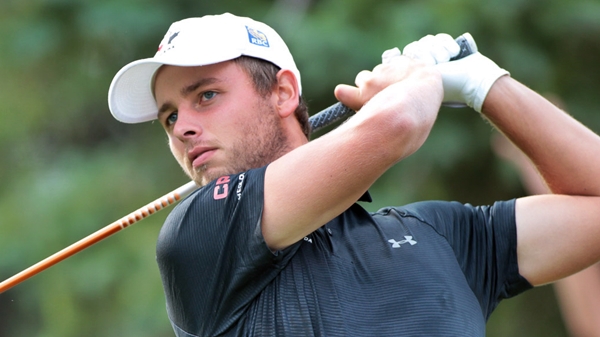 PALM BEACH GARDENS, Fla. – Team Canada’s Adam Svensson showed no signs of rust out of the gate, winning the Guy Harvey Invitational by three strokes on Tuesday with a score of 9-under par.

Svensson, a junior at Barry University, took the outright lead with a remarkable 8-under par 64 during Monday’s second round. That was the low-round for the tournament and the key reason Svensson was able to capture individual honours in his first tournament as a junior at Barry.

With the win, Svensson continues his impressive streak of collegiate victories that includes seven titles from the 2013-14 season. The National Amateur Squad member carries the momentum of winning last year’s Jack Nicklaus award, given to the top player in NCAA Div I, II and III.

Collectively, Svensson led the No. 1 ranked Buccaneers to a convincing 19-stroke victory over runner-up Nova Southeastern University. Svensson and the Bucs will tee-it-up again Octover 20 at the Otter Invitational in Seaside, Calif.