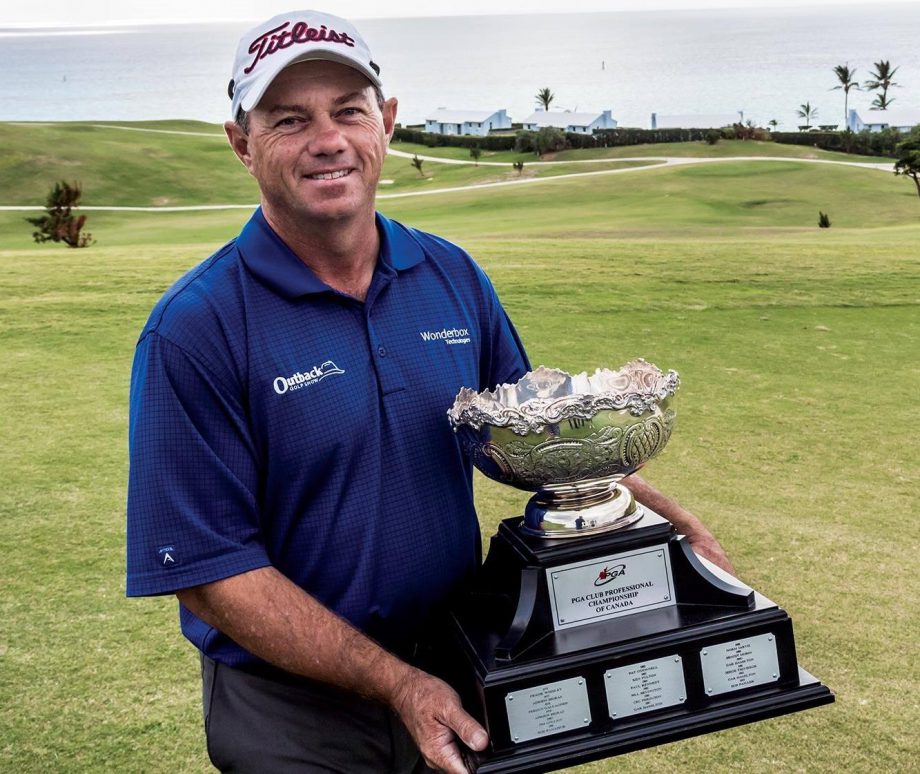 Hocknull’s three-day total of 4-under, 209 (74-69-66) was five shots better than Brian Hadley, who held a slim one-stroke lead heading into Thursday’s finale. The PGA of Canada’s No. 1-ranked player Dave Levesque finished alone in third at 3-over for the championship.

“This is just an awesome win,” Hocknull said. “Last year I came close to winning this championship and I wanted to make sure that this year in Bermuda I walked away as the winner.”

The 41-year-old’s final round at Port Royal featured an impressive seven birdies and just two bogeys. His 5-under-par round was the lowest by any competitor all week.

“It really all started to click for me on No. 7 when I made a nice two-putt birdie, then I birdied the ninth and really just kept it rolling from there,” Hocknull said.

In addition to the 54-holes of championship golf, PGA of Canada members were treated to a number of off-course events as well, such as a players’ reception Sunday event at the Fairmont and a skins game shootout on the world renowned par-3 golf club at Turtle Hill on Monday after the practice round.

“It’s just been a fantastic week here in Bermuda,” he said. “Everything and everyone has just been first class and I’ve really enjoyed my experience here.”

The Inter-Zone Team Championship, which is comprised of four players per zone (and three scores per team counting), was handed out on Wednesday. Team Ontario (Hadley, Burns, Danny King and James Skrypec) captured the title, besting the squad from British Columbia by 18 shots.

Designed by world-renowned architect Robert Trent Jones Sr. in 1970, Port Royal underwent a significant renovation in 2009, which included a complete redesign. Port Royal is one of the world’s premier daily-fee golf courses with immaculate course conditions and sweeping ocean views from nearly every hole. The most memorable feature of Port Royal is the signature par-three 16th hole, a classic Trent Jones work of art, marrying the natural features of the land with the designer’s boundless imagination. Widely regarded as one of the greatest par threes in golf, the 16th is a 235-yard crescent-shaped masterpiece, showcasing breathtaking views of the clear blue waters of the Atlantic Ocean.