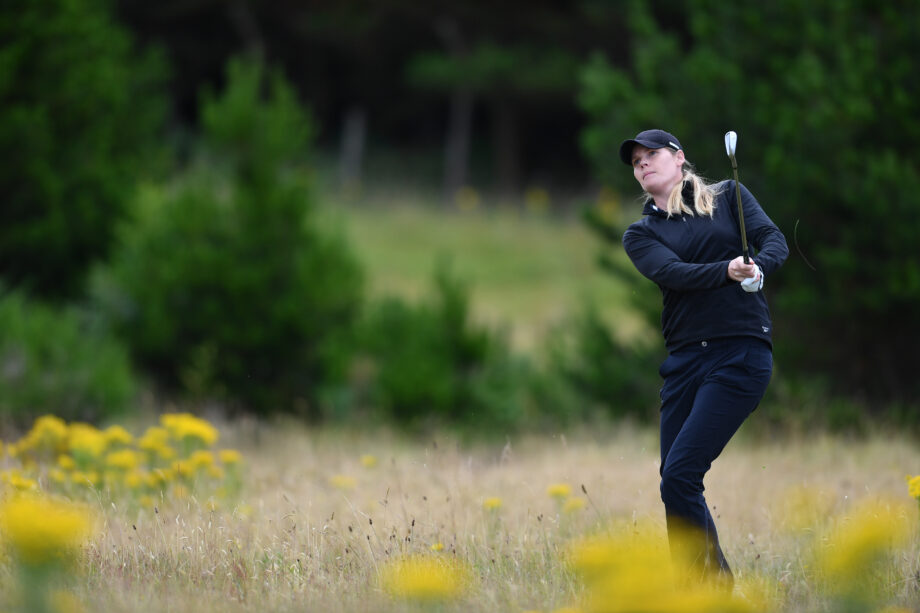 TROON, SCOTLAND - JULY 31: Maude-Aimee Leblanc of Canada plays her second shot at the 2nd hole from deep rough during the final round of the Trust Golf Women's Scottish Open at Dundonald Links Golf Course on July 31, 2022 in Troon, Scotland. (Photo by Mark Runnacles/Getty Images)
Canadian Press

IRVINE, Scotland – Ayaka Furue of Japan ran off six straight birdies in the middle of her round and rallied from a four-shot deficit with a 10-under 62 to win the Women’s Scottish Open on Sunday for her first LPGA Tour title.

A seven-time winner on the Japan LPGA _ once as an amateur _ Furue became the second rookie to win on the LPGA Tour this year, and she did it in style at Dundonald Links.

Starting the final round four shots behind Celine Boutier of France, the 22-year-old finished the front nine with four straight birdies and added two more to start the back nine. She never let up, playing bogey-free to win by three.

“I was four shots back. I thought it would be difficult to catch the top, good players. But I’m very happy I played good golf and I was able to come out as a winner,” Furue said. “I had the right mindset. I thought I had to go low, and I played very well.”

Maude-Aimee Leblanc of Sherbrooke, Que., opened the day in a tie for third, but dropped to a tie for eighth. Her round of 72 included a pair of bogeys and a double-bogey.

Boutier was still in good shape until making three bogeys on the back nine for a 69.

“I started making some bogeys and I feel like it’s not easy, playing in the final group. Then obviously when someone just has their day, you just can’t do anything about it really,” she said.

Furue finished at 21-under 267 and won $300,000, along with valuable momentum going into the final major of the year next week in the Women’s British Open at Muirfield.

She began to show her full potential late last year on the Japan LPGA when Furue won three tournaments in a four-week stretch and tied for third in the other. Furue finished second on the money list behind Olympic silver-medalist Moni Inami, earned an LPGA card through the qualifying tournament and came into the Women’s Scottish Open at No. 30 in the world.

Hyo Joo Kim of South Korea (66) and Cheyenne Knight of the United States (67) tied for third, four shots behind.