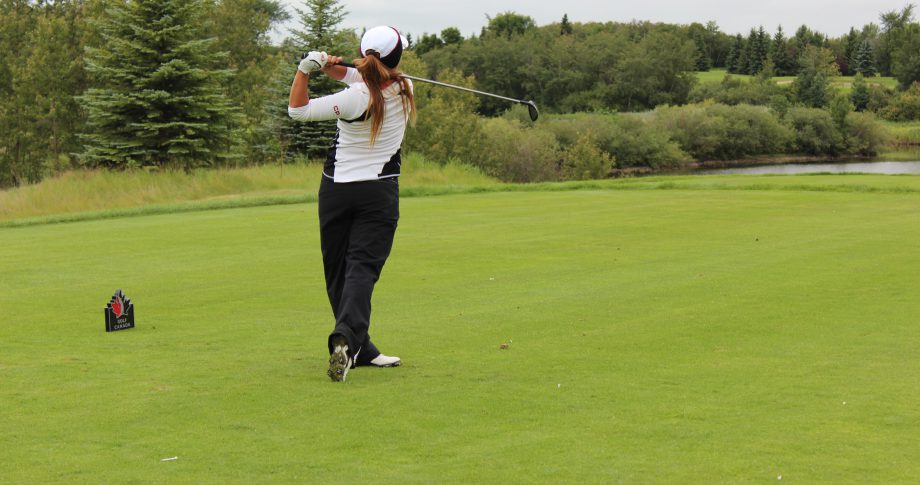 The National Team Development Squad member from Surrey, B.C., carded five birdies to move up the leaderboard by two spots and sit four-strokes clear of her nearest competitor heading into the final round of play.

“I was very consistent off the tee which gave me the advantage. My iron shots were very good and I was just rolling those putts in for birdies and I went low today,” said the 18-year old whose round was highlighted by back-to-back birdies on holes 16 and 17.

When asked about the final round, Kim maintained her resolve and focus. “Same plan as today, my goal is to shoot under par, I’m just going to play my own game and not care what others shoot.”

A quartet of players sits four shots behind the leader, including Kim’s Development Squad teammate Naomi Ko. The 17-year-old fired a 1-under par 72 to move up two spots in the standings. The product of Victoria carded an eagle on the par-5 second hole and added four more birdies on the day.

Thirty-six-hole leader Jessica Ip of Richmond Hill, Ont., struggled on Thursday with a 5-over par. The 18-year-old finished the round with a birdie and was able to hang on to a share of second.

Twelve-year-old Euna Han of Coquitlam, B.C., fired a bogey-free 2-under par round to move into a share of second. Han earned her way into the Canadian Junior Girls Championship after finishing in third-place at the CN Future Links Pacific Championship.

Hannah Lee, 15, shot 3-over par and remained in the second slot on the leaderboard at 2-under par 217. The Surrey, B.C., native fired two birdies through her last four holes to remain under par for the tournament.

Han and Lee sit tied atop the Juvenile Division and are one-shot ahead of Richmond, B.C., native Kathrine Chan. The 15-year-old finished her third round at even-par and is 1-over through 54 holes; she sits in solo sixth in the overall competition.

The final round of the 2015 Canadian Junior Girls Championship begins Friday at 7 a.m. CST with the final group set to tee off at 11:02 a.m.