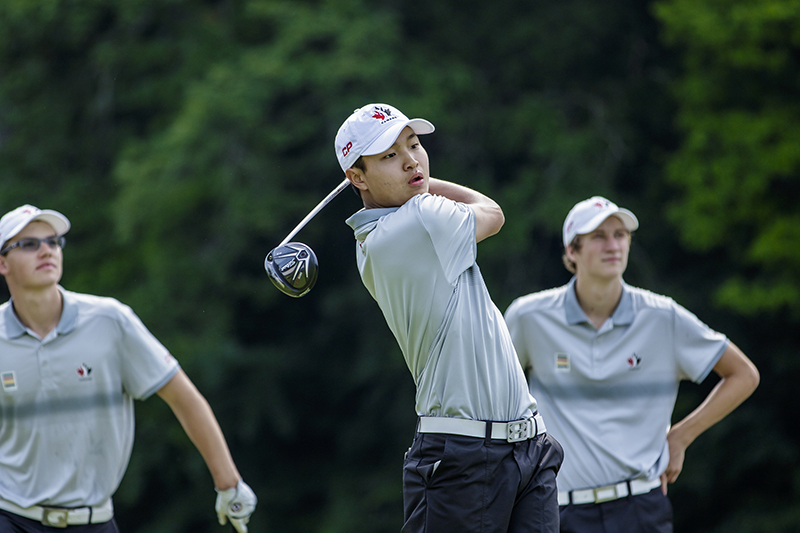 TOYOTA CITY, Japan – Team Canada’s Development Squad foursome kicked things off on in style on Tuesday with a collective score of 3-under par to grab a share of fourth place following the first round of the Toyota Junior Golf World Cup.

Canada finished inside the top-five after the opening round at the Chukyo Golf Club’s Ishino Course thanks in part to three 1-under rounds of 70 from Tony Gil (Vaughan, Ont.), Étienne Papineau (St-Jean-sur-Richelieu, Qué.) and A.J. Armstrong (St. Albert, Alta.). The team’s fourth member, Trevor Ranton of Waterloo, Ont., posted a 1-over 72 for Canada’s non-counting score of the day.

Collectively, the Canucks posted a 3-under score to sit in a three-way tie with Korea and South Africa. Sweden and host Japan hold a share of the lead at 7-under par, while the Americans trail by two strokes in third place.