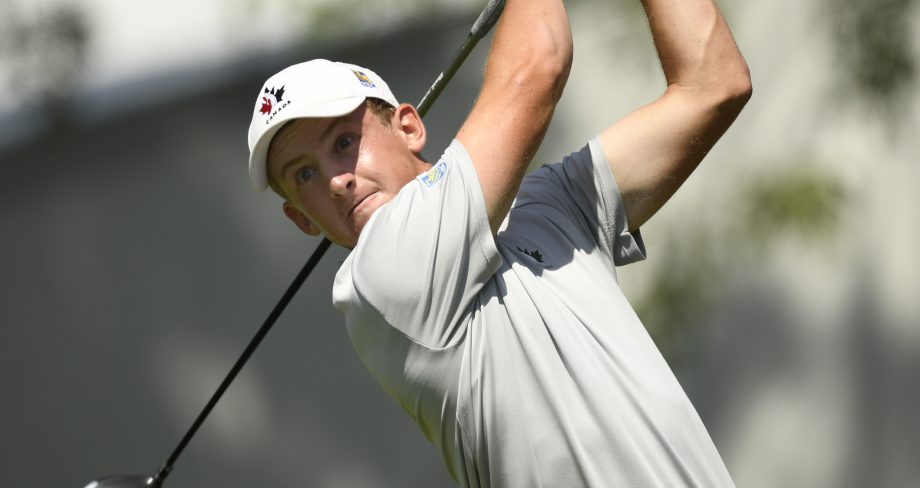 Jared du Toit, a member of Team Canada’s Amateur Squad, started his college golf career as a member of the University of Idaho men’s golf team before transferring to Arizona State University where he is now a senior, kicked off his impressive 2016 campaign in May with a T25 at the NCAA Regional qualifier in Albuquerque, N.M. Once school was out for the summer, du Toit put on a show that captured the attention of golf fans across the Pacific Northwest. Jared finished T3 at the Monroe Invitational and followed that up with a win at the Glencoe Invitational in mid-June. In between a T8 finish at the Trans-Miss Championship and a T4 at the illustrious Porter Cup, the 21-year-old du Toit made history by finishing T9 at the RBC Canadian Open, against a field of PGA Tour professionals that included Dustin Johnson, Jason Day and Jim Furyk, just to name a few. He was the first Canadian to record a top-10 finish at the national championship since Doug Bajus in 1954. Du Toit capped his impressive season with a T15 at the Canadian Men’s Amateur. Jared enters his second year as a member of the Canadian National Team, and is ranked No. 1 on Golf Canada’s 2016 Men’s National Order of Merit.

Naomi Ko, an emerging young star in the Canadian women’s golf scene, finished her freshman season last spring as a member of the North Carolina State women’s golf team with a T5 at the Women’s ACC Conference Championship and followed that up in early May by earning medalist honours at the U.S. Women’s Open Qualifier at the PNGA-owned Home Course in DuPont, Wash. Ko secured a spot in July’s LPGA Cambia Portland Classic Open by winning the Cambia Portland Classic Amateur Open in early June before heading across country to compete in the Porter Cup, one week later, where she finished T7. At the 115th PNGA Women’s Amateur in late July, Ko took home medallist honours and finished as runner-up to Princess Superal. Ko capped her impressive year on the Canadian amateur circuit finishing T7 at the Canadian Women’s Amateur and then winning the Canadian Junior Girls’ Championship before heading to Mexico to compete for Team Canada in the World Amateur Team Championship where she finished T6. Ko is also a member of the Canadian National Team. In 2014, she was named the PNGA Junior Girls’ Player of the Year.