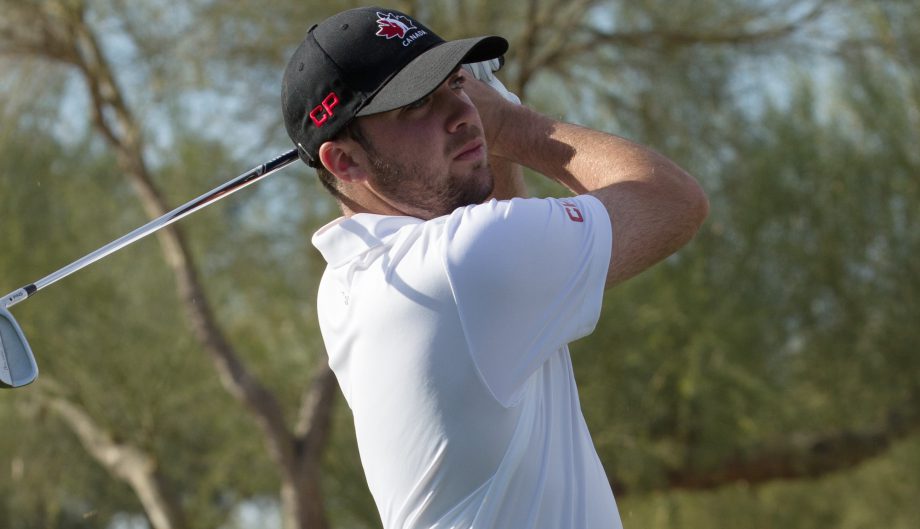 Denver, Colorado’s Wyndham Clark and Sydney, Australia’s Cameron Davis each opened with a 5-under 66 on Tuesday at the Country Club at Soboba Springs to share the first round lead at the Mackenzie Tour – PGA TOUR Canada’s USA West #2 Q-School.

Clark, a senior at the University of Oregon playing as an amateur, carded three birdies, two eagles and three bogeys, while Davis, the reigning World Amateur Individual champion, rebounded from an early double bogey with seven birdies to co-lead by one over Costa Mesa, California’s Jake Knapp and Mililani, Hawaii’s Jared Sawada through one round.

Clark was 1-over through eight holes before making an eagle on the 18th hole (his ninth), part of a stretch that saw him go 7-under for six holes.

“The eagle really got my round started. I had it really going for about six holes after that. It was good,” said Clark.

Davis, meanwhile, bounced back from his early stumbles with a flawless finish to his round to reach 5-under.

“I was hitting the ball pretty well all day,” said Davis. “I had a bit of a stumble on the third hole – I hit it right up against a tree I was actually aiming for. After that I played the back nine really well and didn’t make any mistakes.”