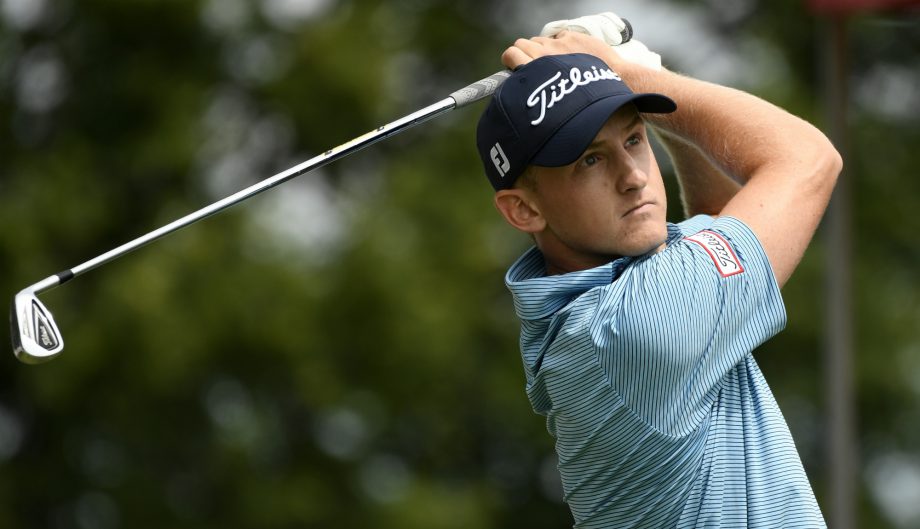 A former captain of Arizona State University Men’s Golf Team and member of the Canadian Men’s National Team, du Toit made his professional debut in June after wrapping up a stellar amateur and collegiate career that included a win at the 2017 Prestige at PGA West, a tied-1st finish at the 2017 Amer Ari Invitational and a top-10 finish at the 2016 RBC Canadian Open, where du Toit was low-Canadian for the tournament.

“In sport industry terms, Jared represents the total package. He is ultra-talented with a very real opportunity to be one of the top golfers Canada has ever produced,” said Higher Ground President, George Sourlis.

“But every bit as relevant in realizing success is quality of character. It’s clear to me that Jared has that in spades, which is a credit to his family and upbringing. I’m excited and privileged to be a part of Jared’s journey and look forward to experiencing many victories with him on and off the golf course.”

Said du Toit, “As I begin my professional career, it’s very important to me that I surround myself with an experienced and respected management team with a strong track record of success. George’s reputation in the industry is as solid as they come and I know we’re going to do a lot of fun and exciting things together.”

Fired up to get things going this week! Excited to join @georgesourlis @HigherGroundSM #MNP #Titleist & #Footjoy at the @RBCCanadianOpen pic.twitter.com/EfSun9i655

Du Toit will play in this week’s RBC Canadian Open via a sponsor exemption extended by Golf Canada, where he will also debut and showcase his newest sponsors, having secured endorsement agreements with Titleist, FootJoy Apparel, and Canadian accounting firm, MNP.

“MNP is excited to be sponsoring Jared as he launches his professional career. Jared is an exceptional young man whose success – like MNP’s – has been made in Canada. He extols the MNP values, demonstrating unwavering commitment to the quality of his game and a strong competitive spirit,” said Randy Mowat, MNP’s Senior Vice President of Marketing. ”

With conditional status on the Mackenzie Tour – PGA Tour Canada in 2017, du Toit’s goal will be to finish inside the top five on the year-end money list.