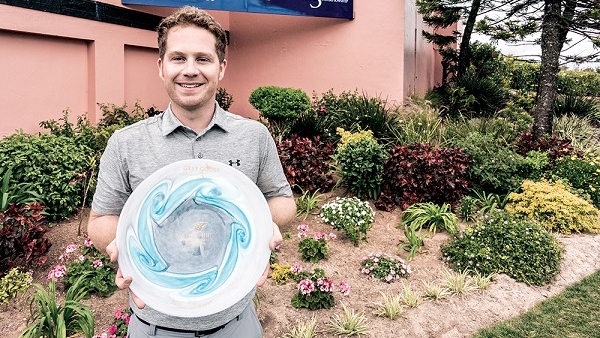 “Bermuda is such a fun place and really just a beautiful island with great people,” Curtis said about his Bermuda experience. “The golf course is so much fun and when you end up winning it makes the experience so much sweeter.”

Recently married, Curtis, along with his wife and their newborn baby daughter are honeymooning this week in Bermuda and says this win will make the trip all the sweeter.

“My wife has very kindly let me play golf on our honeymoon, so I definitely need to thank her, although we’ll probably have to go on a second honeymoon now,” he said. “But now I’ve got a couple days off to spend with the family here and really enjoy our time together and that makes it all the sweeter.”

PGA of Canada member Brian McCann —whose 4-under-par 50 on Sunday was the championship’s low round— Kenny Leech and James Hazen all finished T6.

In addition to the professionals in the championship, the 110-player field was rounded out by an impressive list of amateur golfers—from Bermuda, the United States, Canada and Europe—vying for titles in the men’s, women’s and senior amateur divisions.