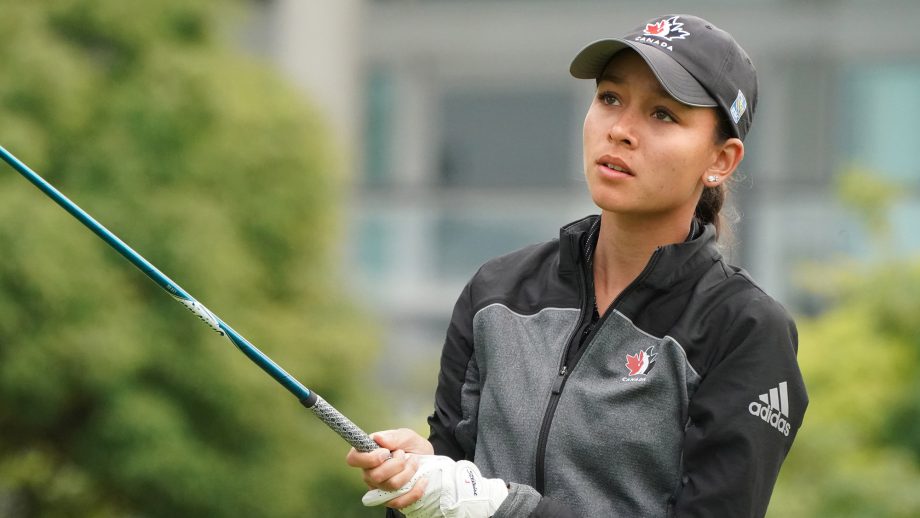 Watching the Henderson sisters – world No. 6 golfer Brooke and her caddy Brittany – was one of the best experiences of Celeste Dao’s young career. She’s hoping to put those lessons in to practice at this year’s U.S. Women’s Open.

Dao got to observe the Hendersons at last year’s event and is back in the field this week with Henderson. They’ll be joined by fellow Canadians Megan Osland and Naomi Ko at the Country Club of Charleston in South Carolina.

Dao, from Notre-Dame-de-l’Ile-Perrot, Que., is still an amateur and earned her way in to the second major of the LPGA Tour season in a qualifying event at TPC Boston on May 6. Osland, from Kelowna, B.C., qualified on the same day at an event at Bradenton Country Club in Florida. Ko, from Victoria, made it in at a qualifier at OGA Golf Course in Woodburn, Ore., on April 26.

Henderson, the 21-year-old phenom from Smiths Falls, Ont., will compete as the winner of the 2016 Women’s PGA Championship, but could have qualified a number of different ways.

“Growing up, (Brooke) was always my idol and a great model to follow,” said the 18-year-old Dao. “I played a practice round with her last year. I learned a lot from her and her sister.”

Osland has been playing on the Symetra Tour since 2016 and the 26-year-old is targetting an LPGA card within the year. This will be her first appearance at the U.S. Women’s Open and, like Dao, she hopes it will be a learning opportunity.

“Just being around the best players in the world, seeing how they prepare, how they play the course and stuff like that is something I can learn from,” Osland said. “I think overall it’s going to be a really cool experience playing alongside everyone and seeing how my game stacks up to everyone else.”

Osland played a full practice round on Tuesday and described the fairways as firm and the greens fast – perfect for her style of play. She appreciates that winning her qualifier and playing in a major is already a new high for her career.

“This week I’m just going to go out and play my best and see what happens.”