Fred Couples to host his own radio show 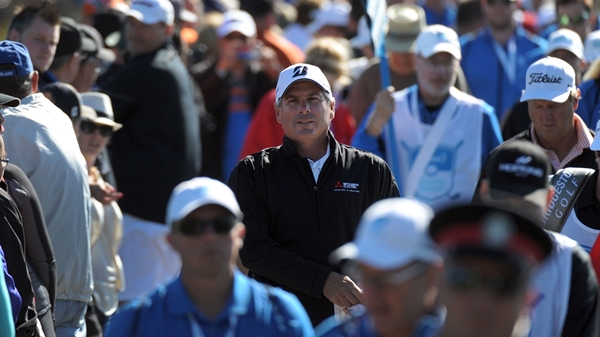 ATLANTA – Fred Couples has been talking sports for 20 years at PGA Tour events. Now he can do it as host of his own radio show.

« The Fred Couples Show » will debut on SiriusXM PGA Tour on Sept. 25, the night before the Ryder Cup begins. Along with being a Masters champion, former No. 1 player in the world and member of the World Golf Hall of Fame, Couples is a renowned sports junkie.

It is not unusual for Couples to talk sports – NFL trades, hockey playoffs, pennant races – between shots while he’s warming up at golf tournaments. He said one of his caddies asked him this year, « Do you do this every week? How do get anything done? »

He could get away with it. With one of the most natural, repeatable swings in golf, Couples won 15 times on the PGA Tour, including the 1992 Masters.

At the 2001 British Open, he caught a plugged lie in a pot bunker that required four shots to get out, including one struck left-handed and another he hit backward. After his round, he ran into former Chicago Tribune columnist Bob Verdi and said, « Verds, I made a blunder. How did the Mariners do last night? »

Couples will host the show from a Los Angeles studio with longtime friend George Downing. The monthly show, after its debut, will be Tuesday at 7 p.m. EDT (XM channel 93, Sirius channel 208).

Couples is the latest golfer SiriusXM has added to its lineup in the last year. The expanded programming also features shows hosted by Ben Crenshaw, Ian Poulter, Henrik Stenson and Annika Sorenstam.

This show won’t be entirely about golf. Couples will take phone calls and tackle any subject in sports.

« I think once we get started and I’m not embarrassed to say my name, which will be heard, the talking will be easy, » Couples said.

Couples grew up in Seattle and raised the « 12th man » flag at a Seahawks game last year. He also got Michael Jordan involved as an assistant during his three years as U.S. captain at the Presidents Cup.

He talked sports endlessly with longtime caddie Joe LaCava (who now works for Tiger Woods) while on the PGA Tour.

Couples, 54, tied for 20th in the Masters this year and is No. 5 on the Champions Tour money list despite playing only nine times.