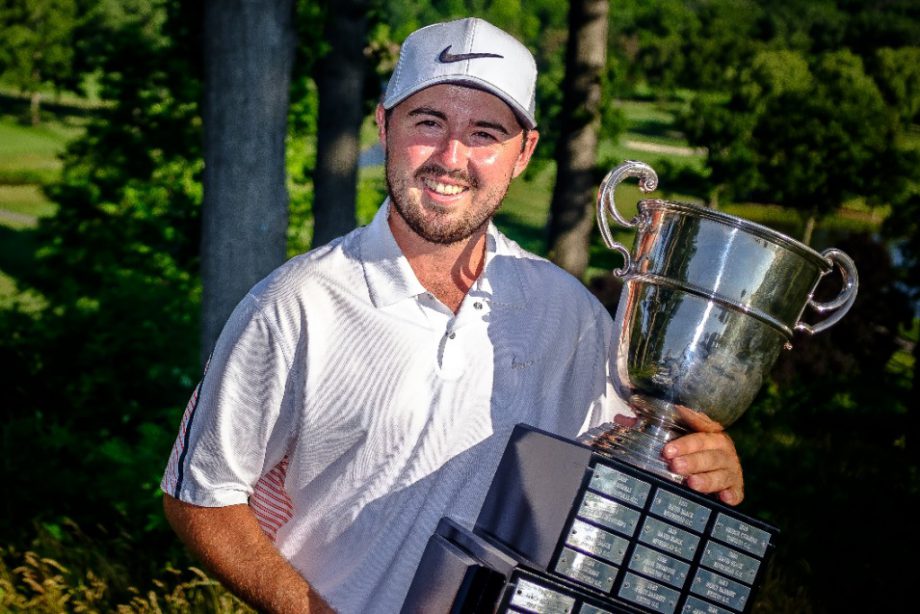 The 23-year-old from Club de Golf Cap Rouge bested Gordon Burns 1-up on a relentlessly hot and humid Friday at Credit Valley Golf & Country Club in the championship’s final match.

“This is definitely the biggest win of my entire life and I’m so proud of myself,” Bedard admitted after the match. “It’s so incredible to have my name on the same trophy as all the legends who came before me, not to mention all my fellow Quebecers who have won this championship over the past couple years.”

Bedard’s week included finishing T12 in the medal play portion of the event with rounds of 70-71.

“The stroke play rounds were definitely the toughest part of the week for me because my game wasn’t really that incredible,” Bedard said. “But I knew if I could make the match play rounds I could have a chance to win this championship.”

In the round-of-16 Bedard took down B.C.’s Oliver Tubb before besting Thomas Keddy 4&3 in the quarter-finals. His semi-final match versus past PGA Championship of Canada winner Bryn Parry is being heralded as the match of the week going 22 holes.

“I’m still thinking about my match this morning against Bryn,” Bedard said. “That was definitely the wildest, longest and most intense golf I’ve ever played in my life.”

His afternoon match was nearly as wild, coming down to the final hole at Credit Valley. The match went back and forth over much of the front nine before Burns taking the lead from holes 10-14.

At the 16th, Bedard hit an incredible approach which led to a conceded birdie to see him go to 1-up with two-to-play. Both players made pars on the 17th and traded bogeys at the 18th, leading to Bedard’s victory.

With the championship win, Bedard takes home the historic P.D. Ross Trophy and the first place prize of $13,500. He also earns 60-ranking points and is expected to move into the top five of the PGA of Canada Player Rankings presented by RBC.

By virtue of his finish this week at Credit Valley, Bussieres earns the exemption into next month’s RBC Canadian Open at Glen Abbey Golf Club as the No. 1-ranked player from the PGA of Canada Player Rankings presented by RBC.